I believe in the Constitutional Republic in which the rule of law prevails and is used by all government institutions.

My name is Jacek Kóbiesa. I was born in Poland and came to the United States of America at a fairly young age. When I landed in New York City at the John F. Kennedy Airport at the end of the Reagan presidency, I arrived here legally, unlike many people. As quickly as I could, I moved to San Francisco, CA where I spent quite a few years. That was my initial exposure to the many problems that the United States is facing now. California and San Francisco are filled with extremes and contradictions. Political beliefs are really strong. I was vilified for my views. Moderate viewpoints are few and far between. There is a huge homeless problem, and you are confronted by it constantly. Hundreds of people need urgent medical and psychiatric care, but instead, they are left to find shelter and food themselves. Many people who are living in the city are literally just stepping over people sleeping on the sidewalks, storefronts, and public transportation terminals, and they do not seem bothered by it. It also became more dangerous to walk around, even during the day.

My wife and I were blessed with our first son while still living in the San Francisco Bay Area. When the uniquely challenging task of raising children is not supported within the community, it is time to move out. We moved to Tri-Cities, WA in March of 1998 as per our friend’s recommendation.
Our daughter and younger son arrived into this world in Kennewick and Richland respectively. All three of my children received their basic education at Christ the King School and that is the parish where we belong. They continued education at Richland High School. As time went by, our eldest graduated from WSU in Pullman with a degree in Mechanical Engineering. WSU is also the Alma Matter for my daughter, who is currently pursuing her graduate degree in mathematics. My younger son is going to begin his higher education adventure at UW in Seattle pursuing education in the medical field.
My wife owns and operates her own business, and she is well known and respected within the local senior community.

Personally, I am a Mechanical Engineer employed at the same local company for the past twenty years. In my professional life, I have an excellent understanding of mechanical systems, machines, heat transfer and thermodynamics, power generation, aviation, and personal interests such as history, economy, business, and money.
I am an avid skier, and scuba diver, I ride bikes and am a fully licensed pilot with flight instructor’s privileges.

Why i am doing this 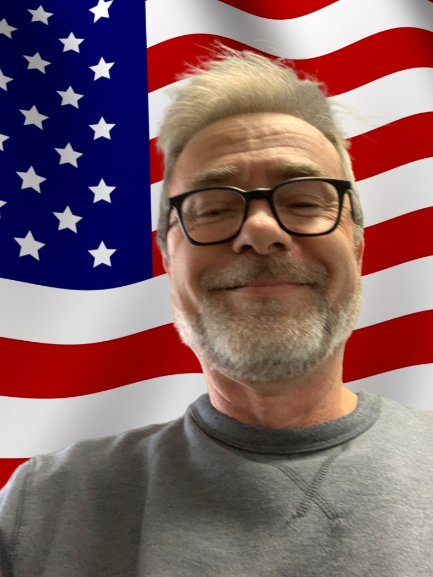 Republicans and so-called Conservatives are highly predictable. They are all about personal gain and, like most of them, power. Given the right situation, they will sell you out in a heartbeat. They make promises and as soon as the situation presents itself, they will break them claiming that the whole thing was unavoidable, but because for all kinds of various reasons, which absolutely don’t make any sense, they never saw it coming or they had to compromise keeping the party interest as their number one priority.
Progressives and Democrats are even more obvious. Most of them are hypocritical and deceitful, trying to blend in with the population by pretending that they have respect and compassion for the people, but they don’t feel it. As soon as they get to any level of power, they try to convince everybody to accept communism as the superior system, in which they become the elite better than the people who are beneath them.
Only an idiot could possibly still be fooled by them. They are extremists and very dangerous to the well-being of the country. In the minds of those with wealth and power, they assume that due to their elevated social status, they alone possess the right to impose their will on the people. Most of what these globalists say and do is a fully calculated act and a contemptuous insult to the US Founding Fathers.

Progressives and Democrats are even more obvious. Most of them are hypocritical and deceitful, trying to blend in with the population by pretending that they have respect and compassion for the people, but they don’t feel it. As soon as they get to any level of power, they try to convince everybody to accept

I used to think that the political process was fair, but I also think that we must reform the policies that govern elections. There are also some things that individuals can do to help themselves understand current events: focus on issues rather than parties, break out of your media bubble and get your news from various sources. Learn to listen more and talk less especially when talking to someone from the opposite political spectrum.

The game is rigged from the top down. This is a good time to recall that the US two-party system is a complete joke. What good are conservatives who, instead of working for you, are preserving their own positions in the corrupt US Congress? And the US Senate? They cave to the democrats and liberals on everything from destructive multi-trillion spending initiatives that rob us all by inflation, rob your children of a decent future, to gun control, to open borders and illegal mass immigration.

The difference between liberal and conservative politicians and bureaucrats is an overnight transformation to communism, while just some are content to slow it down just a bit as they continue to pretend and laugh it up all the way to the bank. Like other rights, the right to participate in a democracy comes with duties and obligations. In our constitutional republic voting means making important decisions on behalf of you and your nation, and for that, you need integrity, intelligence, and a knowledge of civics, history, and basic political science.

So, who am I? Politicians and bureaucrats communicate with the outside world through handlers. They are very easily contained. In contrast, I’m an unknown force – I can say whatever I want, whatever I please and I don’t take bribes. The powers that be don’t like unknown factors because they are completely unpredictable. Bill Gates stated many years ago that he is not afraid of some company trying to compete with Microsoft. He was concerned that someone in a garage, someone nobody, can create a new operating system capable of competing with Windows. I am that nobody. And that is the movement we need.
We need a movement, and every movement needs supporters and promoters. I don’t need to market myself, unlike some people in this Congressional District 4 that are promoting themselves for a long, long time. I have little respect for them. They are a member of the “good old boys club” and they have nothing to offer. I’m an intellectual, worldwide traveled, and not an aspiring celebrity or publicity-hungry low intellect individual. Unlike many people pretending to be a valuable replacement for the present representative I merely cite my qualifications when relevant to a given discussion. The very people who have disabled border controls in our country are now risking WWIII due to the Ukrainian-Russia conflict and engineering the potential slaughter of thousands or millions of people. I understand the roots of this conflict better than anyone in the elected offices in Washington DC, I know the history of that part of the world, and I speak multiple languages, which permits me to read news from a few European countries.

Money and power are fixed equations. If you look at some people who went to serve in the Congress or Senate, you can notice how quickly they became rich. You get the power by force and then use it to steal all the money, or you steal the money and use it to bribe and threaten your way to power. I am not them. They can’t buy me or force me to submission. I am me.